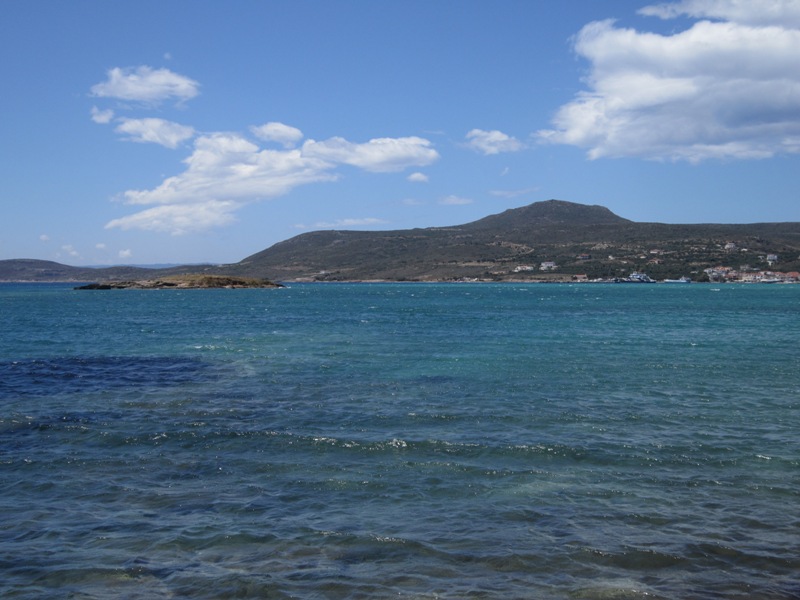 The island of Elaphonisos is where the site of Onou gnathos (the jaw of an ass) was once located, an area to which Pausanias referred as the “edge” (III, 22, 10) and which the ancient geographer Strabo called “humble peninsula” (VIII, 5.1).

In antiquity, Onou gnathos was part of the mainland and up until the 17th century it was still linked to the opposite coast via a narrow strip of land.

Both the area’s terrain and the archaeological finds discovered there lead to the conclusion that Elaphonisos must have shared a natural and cultural environment with the nearby sunken settlement of Pavlopetri.

The finds from Pavlopetri corroborate habitation of the area during prehistoric times and confirm the existence of a flourishing coastal settlement.